I’m a romantic, I admit it. Even so, I never thought that I’d be following a couple that went from the niche to mainstream culture. Yet here we are.

Neil Gaiman and Amanda Palmer broke up. We don’t know if this is a temporary separation or what will happen. They’ve both asked for privacy. Neil is in the U.K. while Amanda is in New Zealand. The two artists aren’t together, for now. Neil is a fantasy author, comic book writer, screenwriter, and overall wordsmith. Amanda Palmer is a composer and songwriter, who does special paintings occasionally; she wrote the book The Art of Asking based on her adventures as an artist.

I was surprised this news out of everything knocked me for a loop last week. It was sad and bitter to find out that I had a favorite couple, and they split. I was rooting for them through thick and thin. They’ve inspired each other, brought out new layers.

One song comes to mind that Neil inspired for Amanda, “The Bed Song”. It features a couple that go from a single sleeping bag to a giant king-sized bed in their old age. That should be happy, right? Wrong; it’s about how the couple loses their intimacy as the beds get bigger, not talking about why they’re refusing to cuddle in the middle of the night. It makes you want to hold yourself tight.

The part that absolutely sucks about this breakup is that it is very public and thus has hurt both the parties. Neil has kept to himself, just making a small announcement asking for privacy as he stays in the UK. Amanda has been blogging on Patreon about her life with Ash. She’s okay, all things considered.

Amanda has made it a habit to be open about her life. She hides little to nothing. In the meantime, Twitter has decided to find new spots to insert some needles and barbs by saying she “divorced” Neil on Patreon. They have taken Neil’s side, or so they think. There are no sides in this case. A relationship fizzled. We have no right to know what happened.

And yet, I am disappointed that people online can’t be decent humans about this. Maybe I shouldn’t be surprised, in this age of Trump and people evading consequences. Just the same, you would hope that someone would learn better.

I have roasted people online. There are times when I said that the lead in Fifty Shades of Grey is obviously not an English major because she would not be complaining about receiving an opportunity to interview someone. Still maintaining that position, by the way, when people say that your degree is useless. I speak from experience as an English Major.

With that said, I’d like to think that I haven’t crossed the line of sending such messages to a woman who is going through a serious period of grief, knowing that previous life is over. Breakups suck, people, regardless of who was at fault. You may feel relieved after the initial sadness wears off, but you also have a lingering pain that you wonder about avoiding in the future. After all, love is not like trying a new piece of food. That hazelnut dish that you may or may not like will soon be gone. With people, you have to put more work into the process. Something that you may thought you loved can hurt you, and vice-versa.

I have one question for the users that are sending all this hate: what is the matter with you people? Why can’t you just step back and leave alone something? What has you so messed up that you decide roasting a grieving woman with an adorable toddler in the middle of his terrible fours is a good idea? It is disappointing. Though maybe I shouldn’t have expected much after seeing that many people are violating the stay-at-home pandemic and contracting coronavirus. Stupidity and a lack of empathy go hand in hand, and perhaps the two circles of people overlap.

Sending love to you all and I hope your relationships are surviving the pandemic. You deserve love and to know you’re not alone.

The Cost of Emotional Labor, Even When It’s Shared 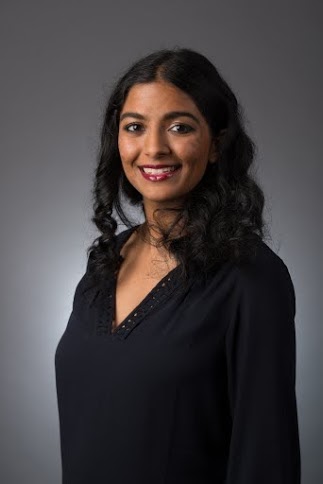