I sometimes question a few decisions I made during college while writing. Some I don’t regret, like drawing and painting a webcomic. Others have had rather interesting impacts. One was participating in a fan roleplay that after a few years ended abruptly. Another is an ongoing Dungeons & Dragons game.

For those who don’t know, a role-play in text is when two people take the identities of fictional characters and act out the parts. Dungeons & Dragons and other role-playing games may have a moderator, or a Dungeon Master, who sets the rules and the tasks. I’ve recently joined a group, since I’ve never played DnD and it seems fun. Even so, I was reticent because I’ve previously had bad experience with role plays.

I do a good portion of writing for self-satisfaction: fanfiction, these blogs, journal writing. Part of it is the joy, and the other part is the connection when it comes to writing fanfic. You can create whole new worlds and stories with another partner, like Neil Gaiman and Terry Pratchett did.  There is a marked difference, however, for many reasons. 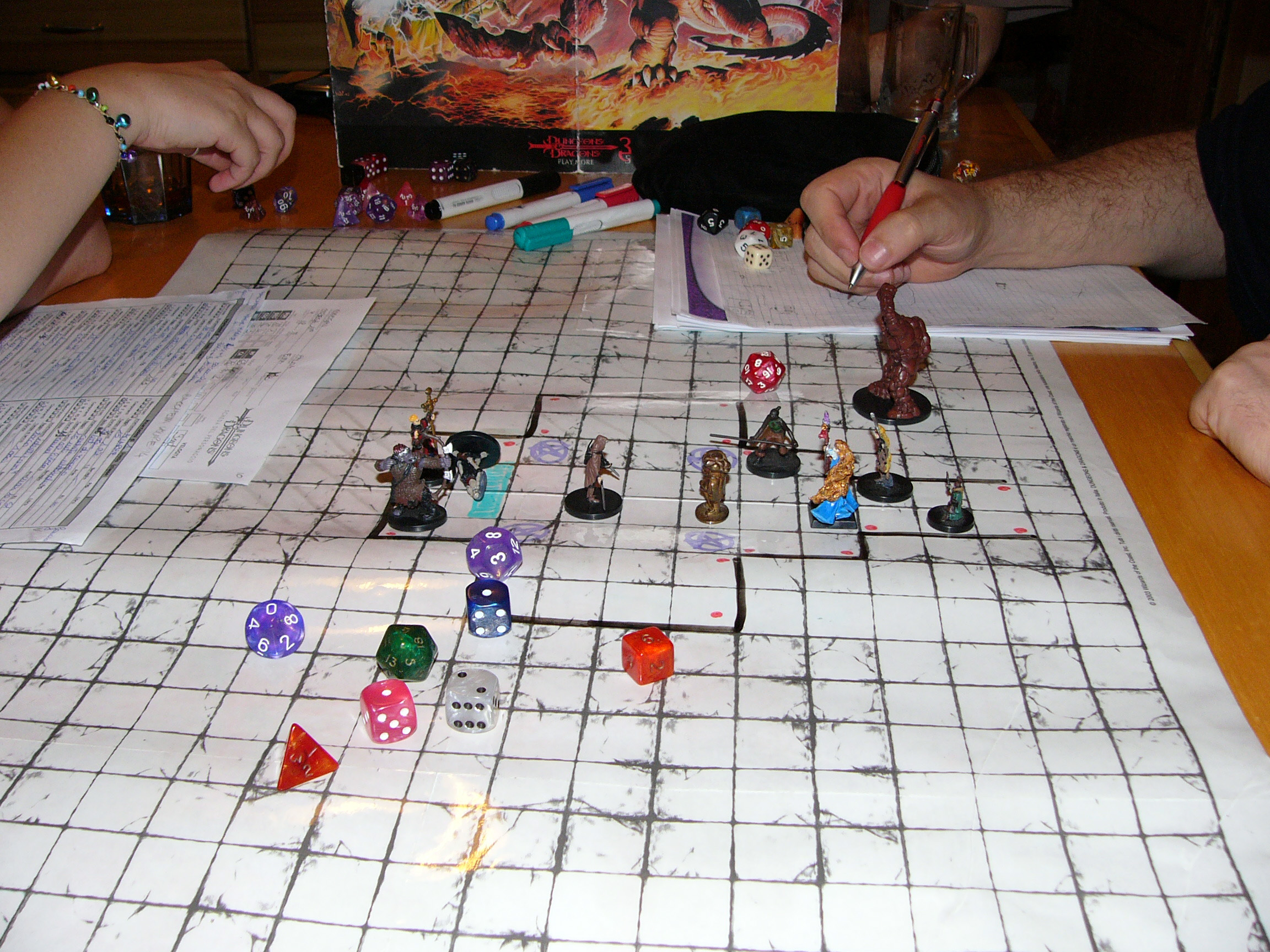 Brainstorming is all about what could happen.  Role-playing is what happens in real time when you write with another partner and post. Disagreements may happen, or the story may come to a dead halt. That has happened several time when the other person or I refuse to play. In my case, the one time I decided not to continue was due to having to sbmit my posts.

Is there a difference? I think so. When I’m brainstorming with a friend, we’re always open to the possibility of “what if”. When you are roleplaying, the “what if” becomes “what is”. And “what is” creates ideas that have substance. Working with clay is tougher than working with an image of clay.

One benefit of writing alone is that only the characters will change your story. You want characters to surprise you.  A character should go down paths that you couldn’t even see in outline or idea state.

You also control the story, when it starts and when it stops. This is more important than one realizes. Getting stuck on a story sucks, but it’s also all on you. There isn’t another party refusing to continue. You are the only party who wants to continue.  If you have a beta reader that tells you stop, for any reason other than “this project is ridiculously racist and offensive and will have a negative impact,” then you may need a new beta reader.

Writers are not the same as characters. There is a greater need to compromise, and a lesser desire to bend. In my experience,  writers have a harder time working as a team than apart. Each party, and I admit I’m probably guilty of this, wants to control the work. This applies whether or not you’re writing a story together or doing a simple roleplay. This doesn’t apply to a DnD game.

In the case of the role-play that ended abruptly, I was asking my partner to answer questions in the story. She couldn’t. I had to answer them after a lot of soul-searching. That was a lesson in knowing what could and couldn’t be asked. Sometimes people don’t have the answers.

The other thing is that you and the other person may disagree on outside issues. This may not be such a big deal; you might disagree about if you prefer butter or margarine, or which Dumbledore was better. Other times, you may have serious fights.

This has happened with the game in question. I’ve had several out-of-game disagreements with the Dungeon Master on issues we both consider important. Our perspectives seem valid on the surface, but they clash bitterly. Then afterward we’d go to the game with the other players like nothing happened. After a point, I got mad and privately called them out, debating on if it was worth quitting the game. I decided it wasn’t, because I liked the story, but I decided to set boundaries and keep my distance outside of the game.

It doesn’t hurt to try and see if you can collaborate. I have done it well a handful of times but am hesitant for future endeavors.

When engaging in role-play or a DnD game, ask several important questions about the other writer or dungeon master:

I wish you luck with these endeavors. You deserve a thrilling, intimate dance where you both can have fun.

Getting Into the Christmas Spirit Was Easier This Year